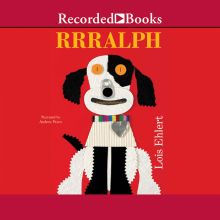 Lois Ehlert is the celebrated author of numerous best-selling picture books. Would you believe that Ralph the dog can talk? Yip, yip, yip - it's true. With Ehlert's simple, funny, call-and-response text, this fresh, engaging book is sure to get little ones laughing (and talking to their dogs!). 1. Language: English. Narrator: Andrew Watts. Audio sample: http://samples.audible.de/bk/reco/007254/bk_reco_007254_sample.mp3. Digital audiobook in aax. 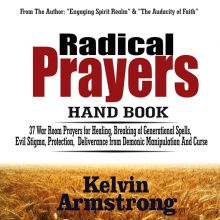 Radical Prayers Handbook is a powerful book with specific instructions and guidance on how to pray and receive an instant response from God. It provides the fundamentals requirements to get prayers answered by God. The book contains several prayers for different situations.With biblical insights, Kelvin Armstrong a renowned evangelist offers specific prayers for divine protection for us and our loved ones; deliverance against generational curse and satanic spell; divine understanding of the spirit realm; authority over satanic and demonic forces; spiritual warfare; instant healing; etc. He also discusses ways to make prayers more powerful with a swift response from God. His teachings have helped people find God and have a deeper connection with him. Other books by him include the Audacity of Faith, Hearing God's Voice, and Engaging the Spirit Realm. 1. Language: English. Narrator: Halsey Taylor. Audio sample: http://samples.audible.de/bk/acx0/121341/bk_acx0_121341_sample.mp3. Digital audiobook in aax. 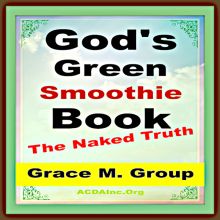 This book was written in response to some questionable practices regarding the development of green smoothie books. It serves as a warning to customers purchasing green smoothie-type books as well as those making such books that God is not mocked whatsoever a man soweth, he will also reap one way or another. It is my sincere desire to speak God word to life and power for the listener. It is my prayer that those putting out such books will be convicted by the Holy Spirit, turn from their deception and ultimately repent and develop a lasting relationship with Jesus Christ. I'm hopefully optimistic that those listening to this book would genuinely take the heart the words written down, consider them, ponder on them but above all take action on them. Knowledge without action is in vain and pointless as too is action without knowledge. 1. Language: English. Narrator: Michael Hanko. Audio sample: http://samples.audible.de/bk/acx0/063085/bk_acx0_063085_sample.mp3. Digital audiobook in aax. 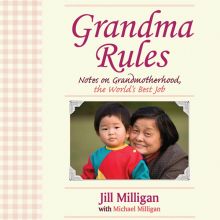 A response to all those grandmother books with flowers and puppies on the cover, Grandma Rules is a book for the hip, baby boomer grandma who realizes that after all the work she put into her own kids, she can take a break and have fun with her grandkids. A perfect gift for the greatest grandmothers you know, this book is laugh-out-loud funny while offering useful insights and tips on how to embrace the world’s greatest job. 1. Language: English. Narrator: Pam Ward. Audio sample: http://samples.audible.de/bk/adbl/008535/bk_adbl_008535_sample.mp3. Digital audiobook in aax. 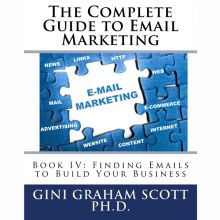 A key to success in email marketing is determining the decision maker and finding out his or her email so you can make a connection and show how your business can help. The Complete Guide to Email Marketing features the tools and techniques to use for this approach to gain visibility and credibility and build your business for more sales and profits. This fourth book in the series, Finding Emails to Build Your Business, covers these topics: How email marketing can help you get clients locally Identifying the right person to contact Finding the decision maker Finding the emails of the decision maker Tracking the response to your emails Gini Graham Scott has published over 50 books with traditional publishers and over 50 books through her own company, Changemakers Publishing. She also assists clients in writing and publishing their own books. PLEASE NOTE: When you purchase this title, the accompanying reference material will be available in your Library section along with the audio. 1. Language: English. Narrator: Marcus Freeman. Audio sample: http://samples.audible.de/bk/acx0/080518/bk_acx0_080518_sample.mp3. Digital audiobook in aax. 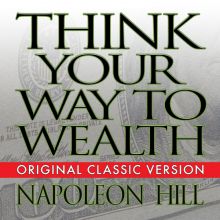 This audio treasury of wisdom, Think Your Way to Wealth, captures Napoleon Hill's first encounter with Andrew Carnegie, who revealed the money-attracting strategy that Hill later made popular in classic books like Think and Grow Rich and The Law of Success. In 1908, while working as a reporter for an inspirational magazine, Hill landed an interview with industrial giant Andrew Carnegie. Hill had just one key question for the magnate: What is the secret to your success? Carnegie's response electrified Hill and launched him on a lifelong mission to distill the steps to success into a clear, definite protocol that could be used by any motivated person. Think Your Way to Wealth captures Carnegie's initial advice, how-to's, practical steps, and concrete directions - all of which formed the basis for Hill's groundbreaking books, and jump-started the field of business motivation. 1. Language: English. Narrator: Erik Synnestvedt, Don Hagen. Audio sample: http://samples.audible.de/bk/gdan/000595/bk_gdan_000595_sample.mp3. Digital audiobook in aax. 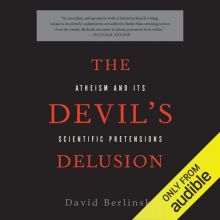 Militant atheism is on the rise. In recent years, Richard Dawkins, Sam Harris, Daniel Dennett, and Christopher Hitchens have produced a steady stream of best-selling books denigrating religious belief. These authors are merely the leading edge of a larger movement that includes much of the scientific community. In response, mathematician David Berlinski, himself a secular Jew, delivers a biting defense of religious thought. The Devil’s Delusion is a brilliant, incisive, and funny book that explores the limits of science and the pretensions of those who insist it is the ultimate touchstone for understanding our world. 1. Language: English. Narrator: Dennis Holland. Audio sample: http://samples.audible.de/bk/adbl/013072/bk_adbl_013072_sample.mp3. Digital audiobook in aax. 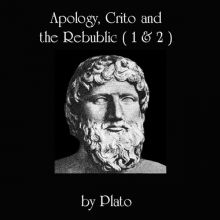 For those looking for "a taste of Plato", this audiobook is ideal. It includes the full text of "Apology" and "Crito", as well as the first two books of Plato's monumental Republic. Most of what we know about Socrates comes from Plato, his most famous student. Plato called Socrates "the best of all men I have ever known". "The Apology" is Plato's version of the speech given by Socrates as he defends himself against the charges of being a man "who corrupted the young, did not believe in the gods, and created new deities". "Apology" here has its earlier meaning of a formal defense of a cause or of one's beliefs or actions. "Crito" is a short but important dialogue that relates a conversation between Socrates and his wealthy friend, Crito, regarding justice, injustice, and the appropriate response to injustice. Plato described his idea of an ideal society in his most famous work, the Republic. In the first two books, Socrates sets out to define justice and the most just way of governing. 1. Language: English. Narrator: Walter Covell. Audio sample: http://samples.audible.de/bk/jimc/000233/bk_jimc_000233_sample.mp3. Digital audiobook in aax. 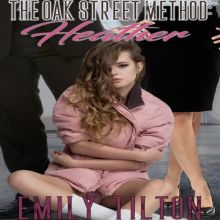 After a scandalous incident with a boy in her dormitory a year ago, 18-year-old Heather Davis was taken into custody and brought to Oak Street to live with a strict mommy and daddy.Since then, she has learned the hard way that bad little girls get their bare bottoms soundly spanked. When she is caught with a naughty magazine and punished along with her best friend, however, her body's shameful response to the punishment cannot be hidden and her mommy and daddy decide that it is time to begin preparing Heather for her eventual training at the Institute.Publisher's Note: The Oak Street Method: Heather is a short story which is the fourth entry in the series The Institute: Naughty Little Girls. The books of this series share the same near-future setting as the books of The Institute series, but they are stand-alone stories. The Oak Street Method: Heather includes spankings, sexual scenes, and age play. If such material offends you, please don't buy this book. 1. Language: English. Narrator: Mace Earl Finn. Audio sample: http://samples.audible.de/bk/acx0/134650/bk_acx0_134650_sample.mp3. Digital audiobook in aax.